Last week I had a visit from abroad that did not know Mexico City, so the task was to show him around. First stop was Mexico Downtown which has lots of old and nice building that show architectural influence from around the world: Spain, Italy, France, Arab even English and some Art Deco. Why this? Well, the city was founded in 1521 and many people has contributed to what we are today.

We landed on a very nice place where there are shops and a hotel boutique, you know, the kind of hotel that has about 12 nice rooms and exceed any service expectations and, of course, also the price.

Have a look here

I did not take that many photos, but the one thing I liked was how the top of the trees downstairs showed a bush-form garden at the lobby upstairs.

Inside the building there are several restaurants, one of then called Punta Arenas (on a previous post) and  an artisan factory of chocolates called Qué Bo (Here the link for you to look around)

Did I mention that the chocolate is from Mexican origin? Hang on there, that will be a soon-to-be post.

This is the view of the garden from the Lobby, which happen to be the top of the trees from the second photograph below. 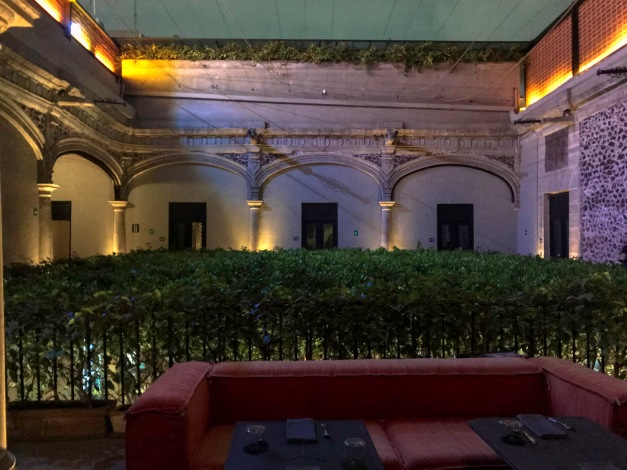 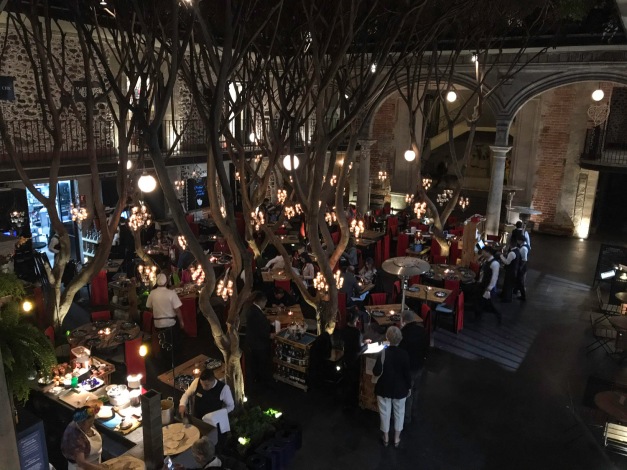 On the way to the restaurant below or going up to the lobby, a mural on the staircase.

Some of the shops in the place….

I don’t remember the name of the Hotel…so