Miró – Hold on to Life

Mexican  pop group at a concert, some time ago. Their music is just great. Below I included one of their hits:  Hold on to Life

One of the many things a feel proud about being Mexican.

Los Claxons is a band from Monterrey City in Nuevo Leon State, that is 2 hour away from the U.S. border. That may be why this single has an English/Spanish mix. The song is sticky the video, well, the song is better.

Los Claxons are a pop/rock band from Monterrey, Mexico, formed around 2004.  A pop combo of eclectic influences, from classic and indie rock to Latin American singer/songwriters. A growing word-of-mouth reputation, aided by good visibility on the social networks, allowed the band to perform all over Mexico. At the beginning of 2015, the band released a collection of live bootlegs recorded at some of their biggest shows and announced that they had returned to the studio to record their sixth album, which was scheduled for a late 2015 release.

All hands on music! 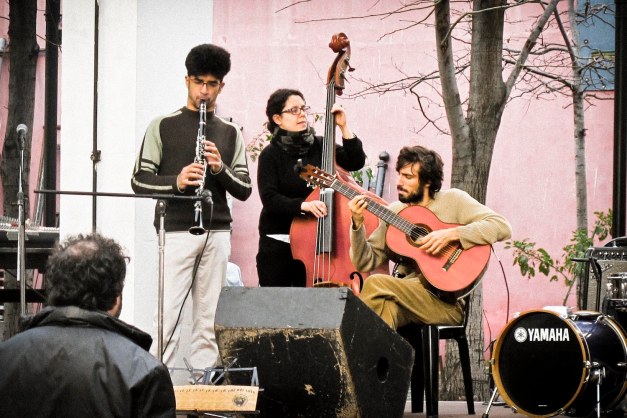 I used to have a tab for music but I think it is not of easy access, so I decided to add my music posts as regular ones.

You will see them once in a while, mainly pop-rock Latin music, mainly mexican.

This is a new recording from my daughter Miranda. It’s a cover from Christina Perri.

I can’t say much because for obvious reasons… The music is played by one of his friends.

I hope you like it, you won’t get disappointed.

I stumble upon this music by accident and I am sure you will like it.  Formed in 2009 these guys have kept the same style in music. Worth listening to.

You can get it here: http://bit.ly/1cqgEzU

Video of The Month: I am only a Secret

Even though this song is not that brand new, it is a good pop song.

It might sound unfamiliar listening to spanish lyrics that you may not get a word of. Still the music is worth listening.

Alejandra Guzman is a well known mexican pop-rock singer with many many hits in Latin America.

I hope you like this series of photographs. Is from the duet Arcano. I have posted about them before. Hope you like it and that you also like the gallery.

Double click the image to better appreciate the photographs!

This is a Harmonipan player. Harmonipans, made in Germany, where widely used during the 1900’s at the time of the Mexican ruler, Porfirio Diaz. There are some on the streets still, not that many and they are easy to spot downtown, at fairs, plaza squares or were there is people gathering. They play waltzes and classical music mainly.

One of these was sold at Christie’s for $15,121 US in 2000. These harmonipans players for sure don’t know how much they could get for one. The only problem is that then we would miss them on the streets. See here the bid at Christie’s 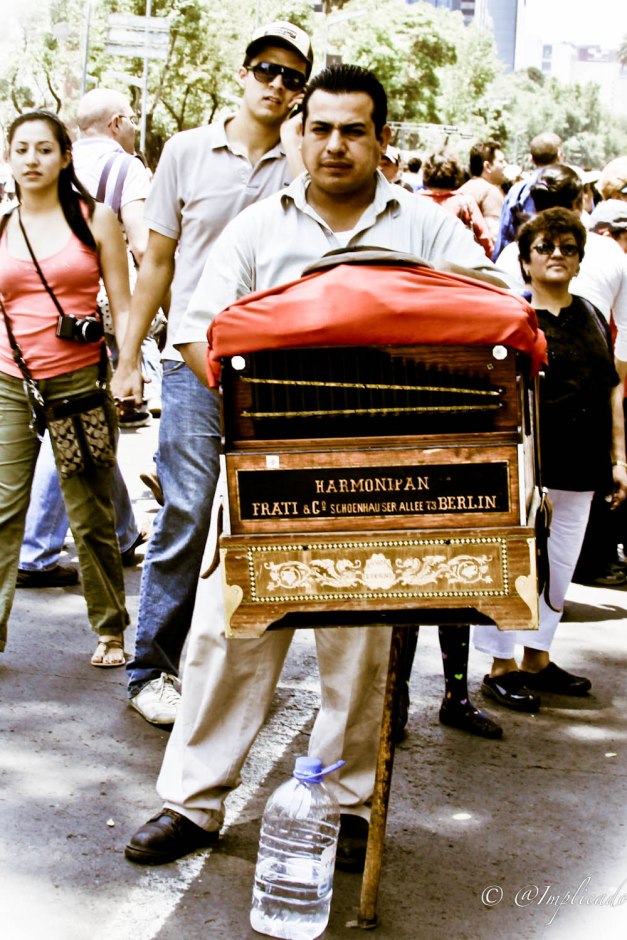