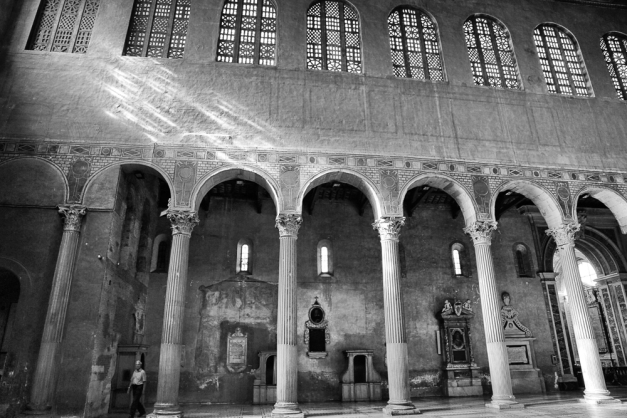 Santa Sabina is an early 5th century basilica. It was built by the priest Pedro de Iliria, a Dalmatian priest, between 422 and 432, after the sack of Alaric I. It was built on the site of the house of the Roman matron Sabina. , who was later canonized as a Christian saint. It was originally near a Juno temple.

In 1219, the church was handed over by Pope Honorius III to Santo Domingo, for his new order, the Order of Preachers, today commonly called Dominicans. Since then, it has been their headquarters. 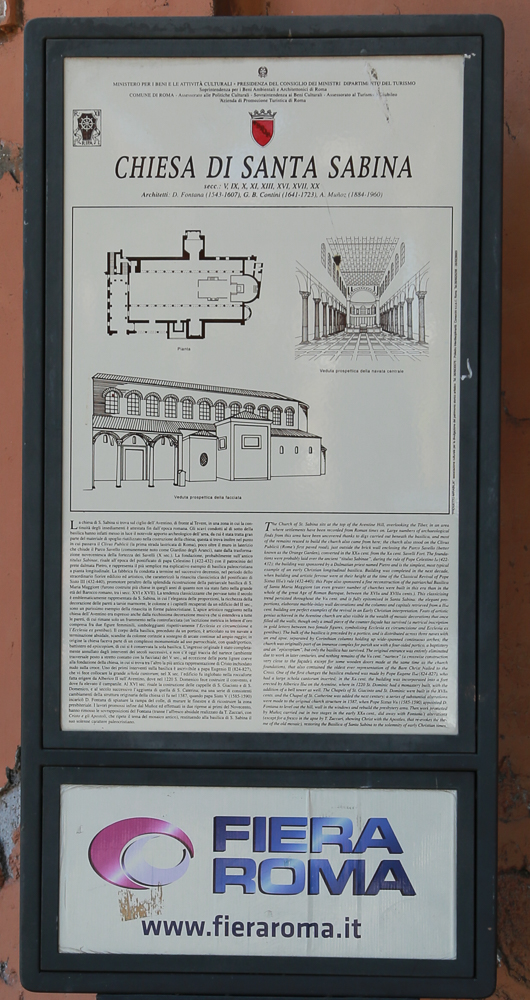 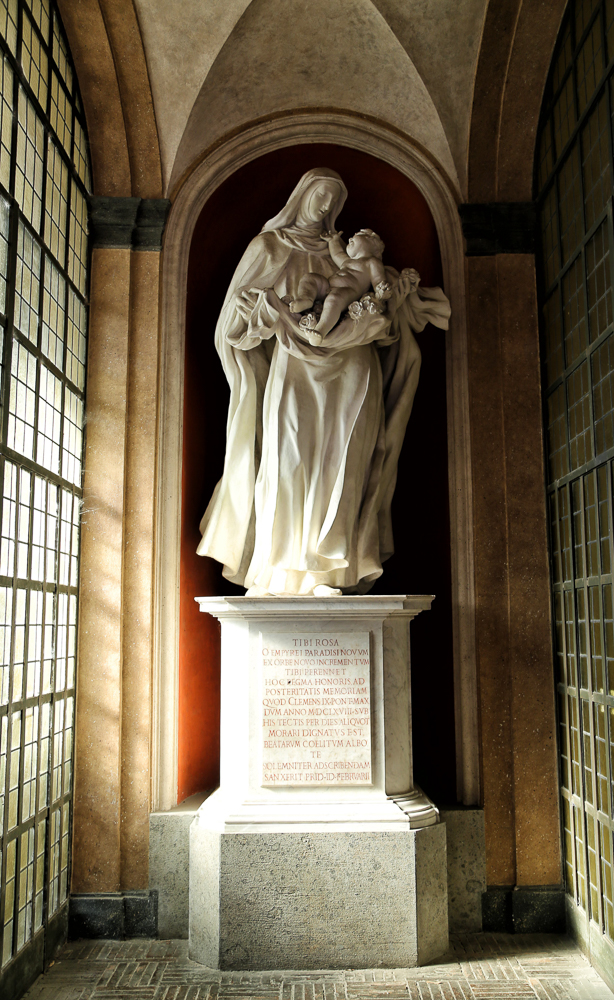 It is next to the small public park of Giardino degli Aranci (“Garden of Oranges”), which has a scenic terrace overlooking Rome. It is a short distance from the headquarters of the Knights of Malta. 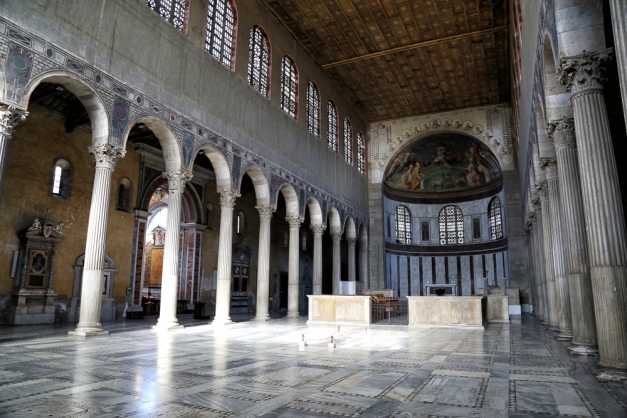 The visit to this site was coincidental. It turns out that the taxi driver named Maximo, who took us from the airport to our hotel, said he also was a tourist guide. For cheap he could take us to places not commonly visited by tourists. We hesitated a bit, then when making numbers we realized that it was a good deal, otherwise we could visit the same places for a higher amount. If I recall well, he charged 40 EURO each and drove us around. 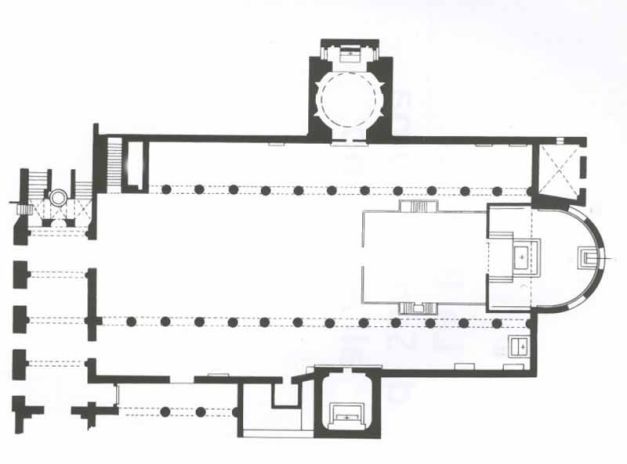 A view to the dome of the Basilica. If you see the blueprint, it is on the lateral side, and is beautiful. Just as Rome is. 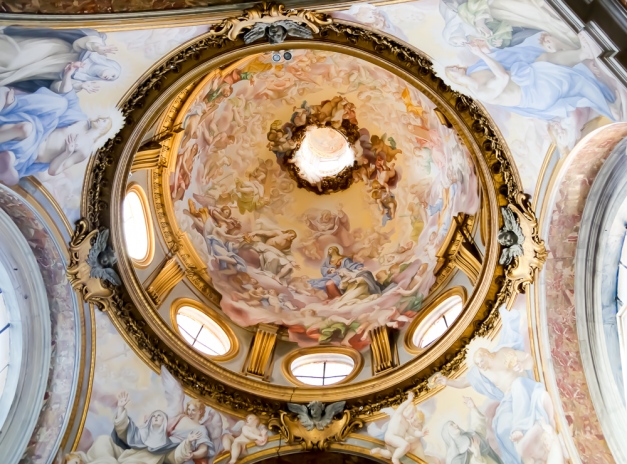 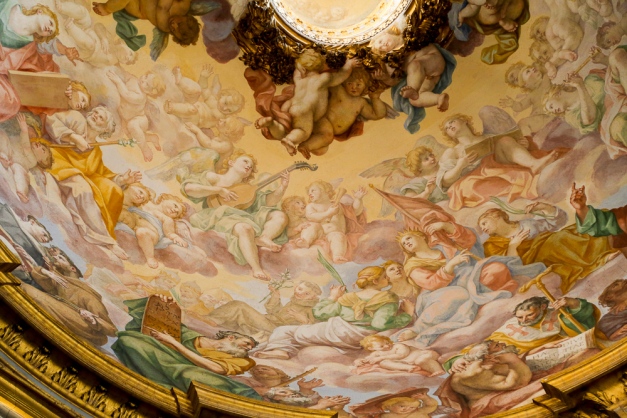 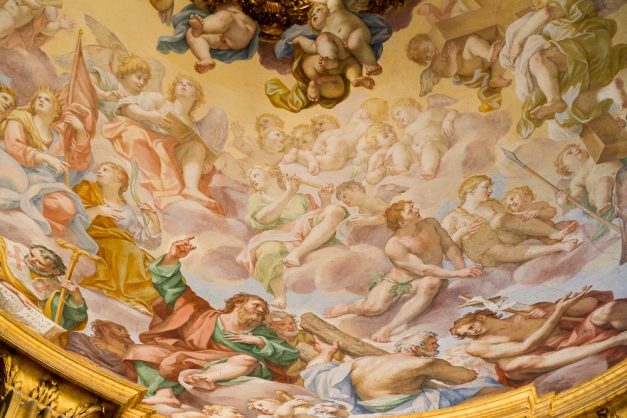 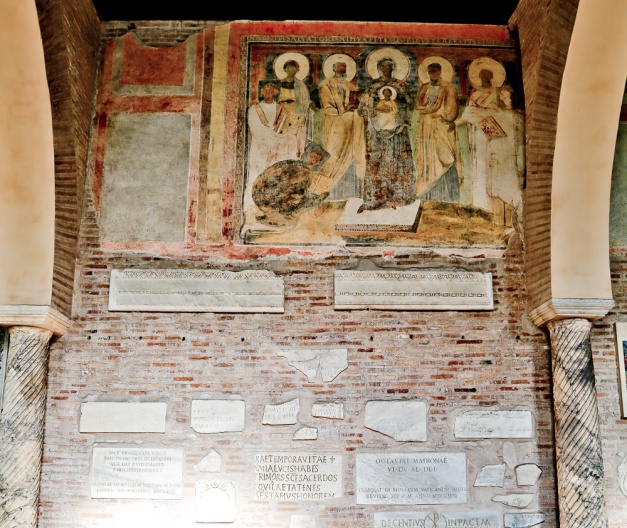 When in Rome (just like the song) I took a photo on a street in Rome. Later I realized the photo had gps tag, so I went and looked it up on google maps.

To my surprise the graffiti text on the wall has not been swept away, yet.

I added the photo  and a picture of google maps along with the URL in case you are curious to go an see for yourself. 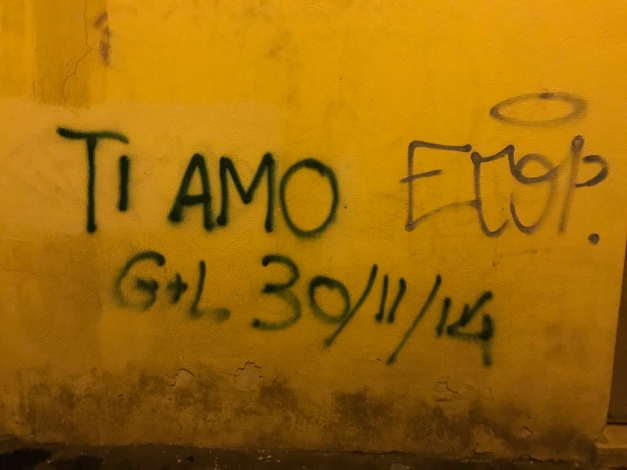