The Cathedral of Brasilia (Catedral Metropolitana Nossa Senhora Aparecida) was designed by Oscar Niemeyer, with structural calculation by engineer Joaquim Cardoso, it was the first monument to be created in Brasilia.

Its structure was ready in 1960, and only the circular area of ​​seventy meters in diameter appeared, from which sixteen concrete columns (pillars of parabolic section) were raised in a hyperboloid format, weighing ninety tons. 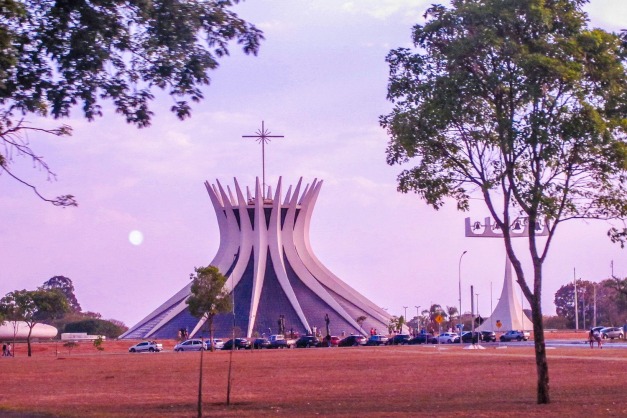 On May 31, 1970 it was inaugurated de facto, already with transparent external glasses.

Four bronze sculptures three meters high, representing the evangelists; the sculptures were made by Alfredo Ceschiatti with the help of the sculptor Dante Croce in 1968.

The sculptures would lead you the  entrance below the ground of the Basilica.

Inside the nave are the sculptures of three angels suspended by steel cables. The dimensions and weight of the sculptures are 2.22 m in length and 100 kg the least; 3.40 m long and 200 kg the average;

This hyperboloid structure is constructed of concrete, and it would seem that with its glass roof it was raised open towards the sky. The Niemeyer project of the Cathedral of Brasilia was based on the hyperboloids of revolution, where the sections are asymmetrical.

By itself, this structure is the result of sixteen identical assembled concrete columns. Each column has a hyperbolic section and weighs 90 tons, the set represents two hands moving towards the sky. The cathedral has four bells donated by Spanish residents in Brasilia in 1968. These bells were cast in Miranda de Ebro, Spain.

On the photo below, lower left corner you can see a couple of persons so you can appreciate the dimensions of the structure.

There is a replica of La Pieta that is in Saint Peter’s Basilica. 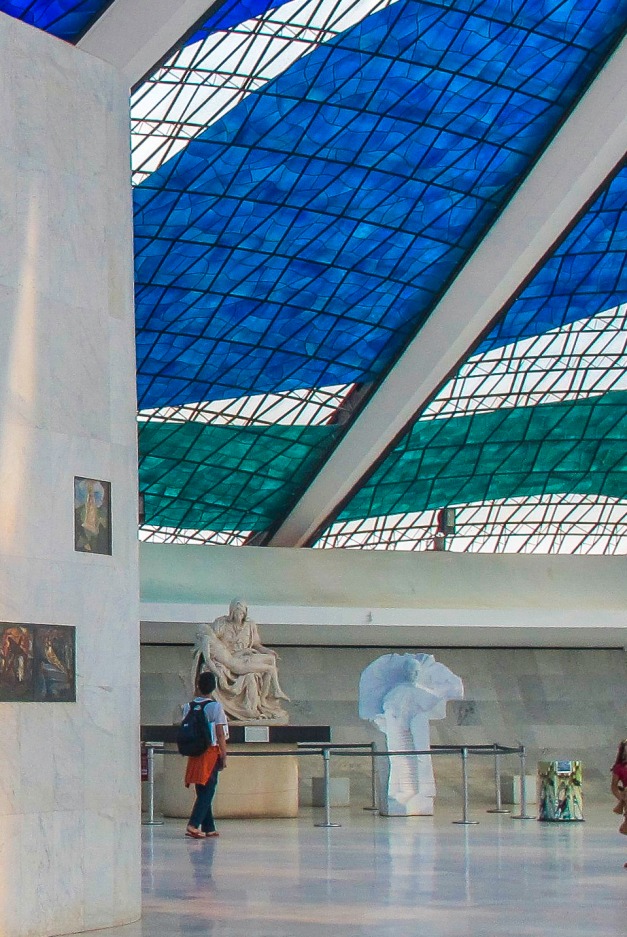