A day at the Beach

Praia do Vidigal or Vidigal Beach a very nice one, not crowed at all, just some steps from the Grand Sheraton Hotel in Rio de Janeiro, Brasil.

This are last year photos since I have not been able to take many this year with the exception of some that I took in Santiago de Chile, where I spent some time for my birthday at the beginning of the year, on February. (I owe so many photographs for so many places still!)

These turned out to be random photos and I just realized they had certain sequence even though they were not taken with that intention.

Last night I had so many ideas for new posts but I don’t have the right pictures for that purpose… I will have to wait. The good thing is that I have written down those ideas so I won’t forget as always.

We all will be okay, the same way we have been for the last thousands of years.

There will be some casualties, but we will survive. Hang on there! and enjoy your day at the beach! 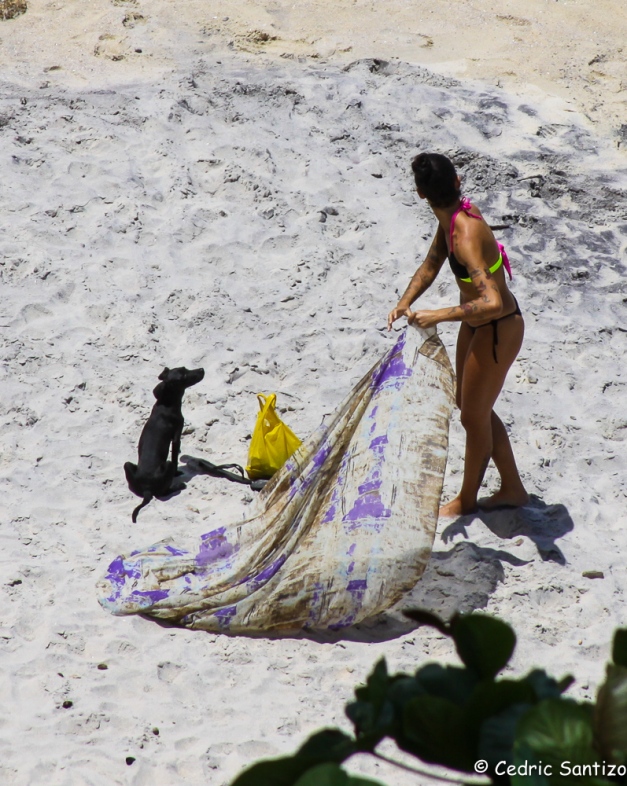 A sugarloaf was the usual form in which refined sugar was produced and sold until the late 19th century, when granulated and cube sugars were introduced. A tall cone with a rounded top was the end product of a process in which dark molasses, a rich raw sugar that was imported from sugar-growing regions such as the Caribbean and Brazil,was refined into white sugar.

I just learned that they it has a similar shape to that of the mountain Sugar Loaf.

These are the corridors up on the mountain 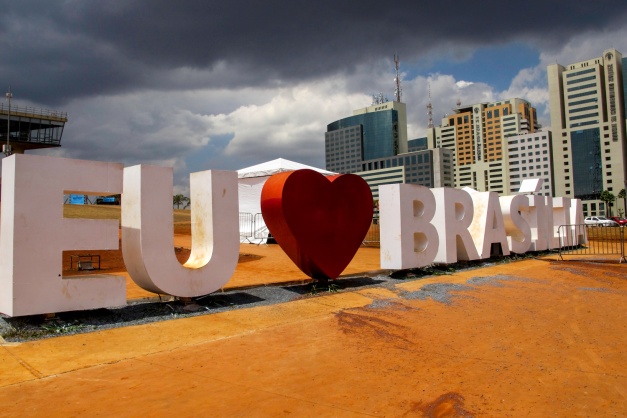 (Text taken from the official Sanctuary Site in portuguese here.)

The Dom Bosco Sanctuary is one of the most well-known Churches in Brasilia and one of the most frequent images in the postcards of that city. It occupies a good part of Quadra 702 South, in a very central position in the Pilot Plane.

Built in honor of the patron of Brasília, São João Belchior Bosco, the Sanctuary has 80 columns of 16 meters and is decorated by stained glass in 12 shades of blue. In the interior, a chandelier of 3.5 m of height, formed by 7,400 pieces of murano glass, symbolizes Jesus, the light of the world. Doors produced in iron and bronze, with low reliefs, resemble the life of Dom Bosco. 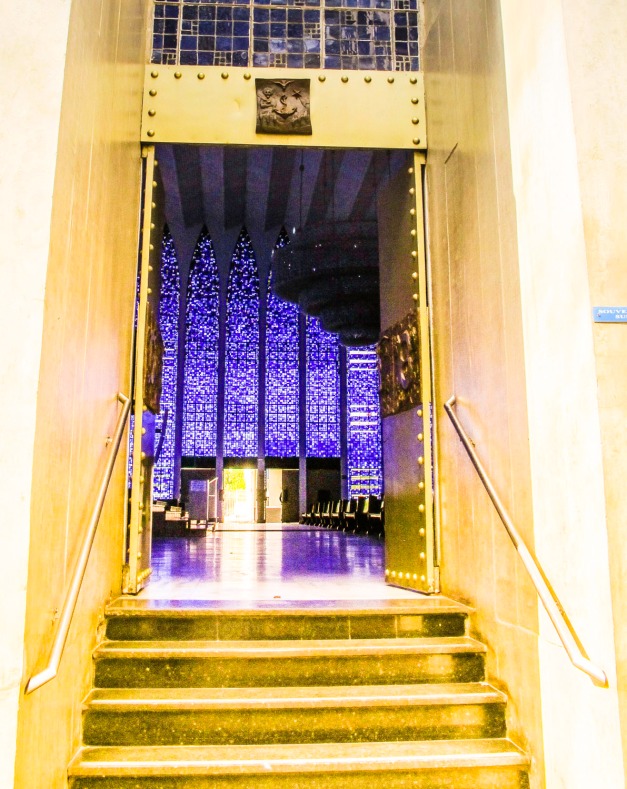 Chandelier of the Dom Bosco Sanctuary
The construction of the Shrine was an initiative of the Salesian Congregation. Under the inspiration of the dream of Dom Bosco with Brasilia, it was also erected in honor of the Holy of Youth, a small hermitage (chapel) in front of the Paranoá Lake. 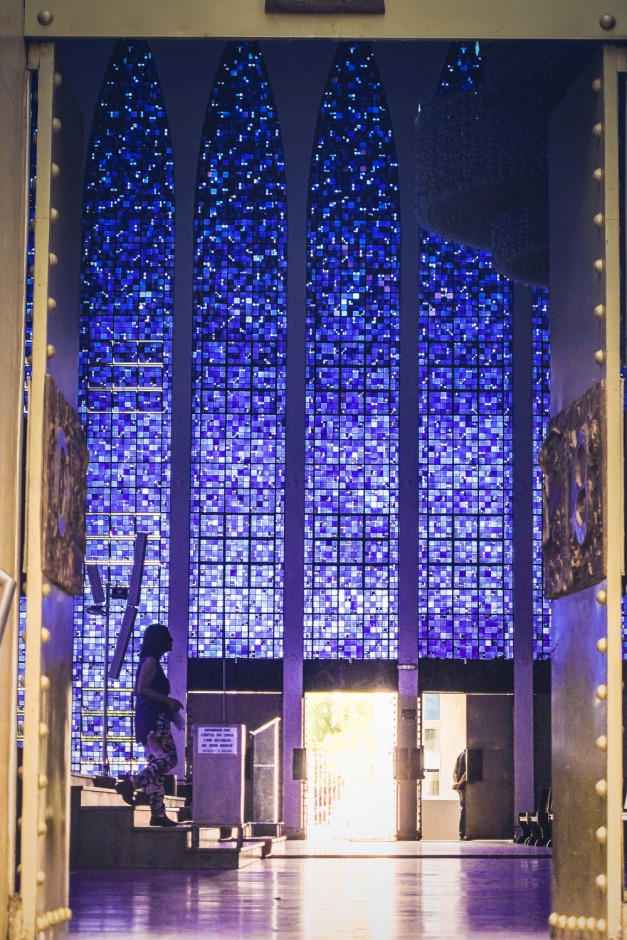 The Sanctuary was elected one of the seven wonders of Brasilia in 2008 by the International Bureau of Cultural Capitals (IBOCC), an entity based in Barcelona. With this title the Sanctuary was included by the Government of the Federal District in the tourist route of Brasília.

Although from the beginning it was called the Sanctuary of Dom Bosco, the official decree naming the parish of St. John Bosco in Sanctuary took place on 08/16/2017. 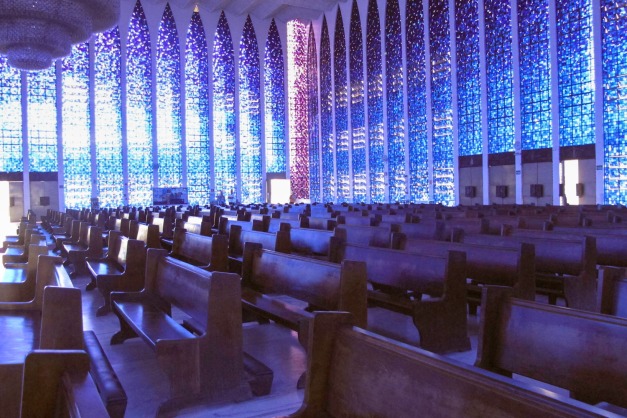 Dom Bosco is, along with the Virgin of Aparecida, the second Patron of Brasília. The first iron and the first cement arrived at the construction site of the capital, still in 1955, were used in the construction of a hermitage in homage to Santo; and every year, on the last Sunday in August, a walk to the place is made.

This is because one of the most famous prophetic dreams of Dom Bosco was with the construction of Brasilia. In 1883, a little more than a month after the arrival of the first Salesians to Brazil, Dom Bosco dreamed that he was flying over a region stretching from the Andes to the Atlantic Ocean: it was the vastness of the Salesian mission in America. Between the parallels 15 and 20, when he saw a rather long and wide inlet, he heard a voice say, repeatedly,

“When you dig the mines hidden in the midst of these hills, here will appear the promised land that will pour milk and honey. It will be an inconceivable wealth. ” 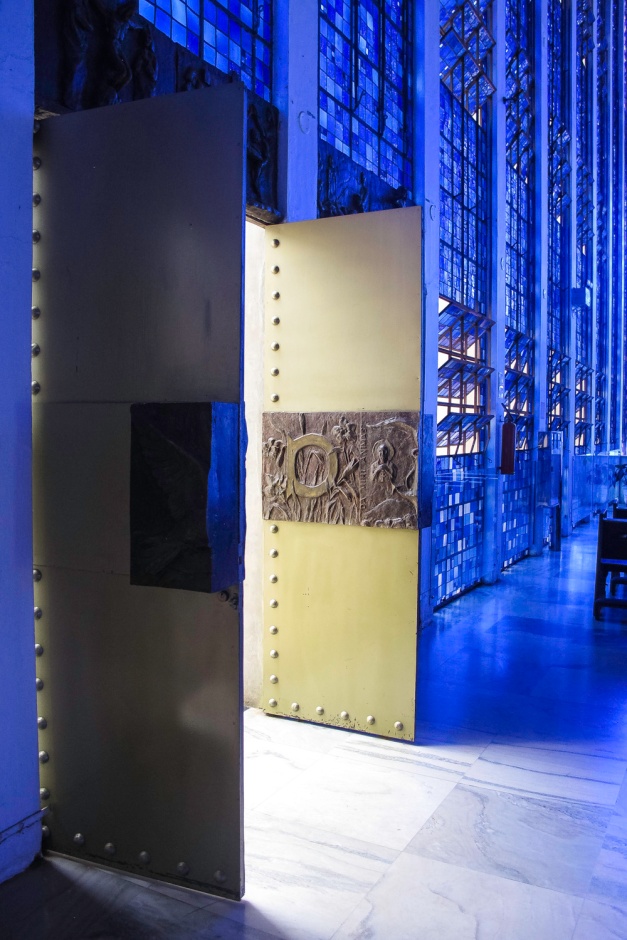 There is Always Light